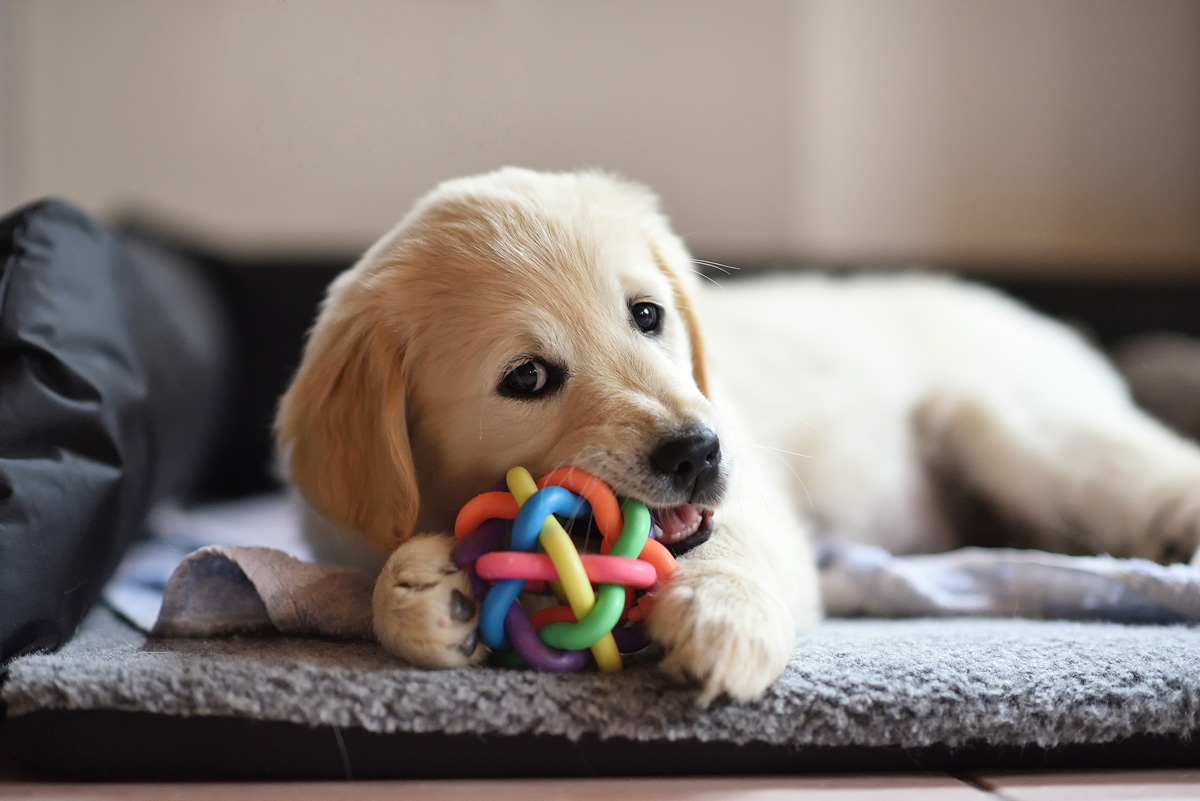 A puppy progresses almost like children do.  They need to eat, sleep, and learn new things along the way.  Always interact and play with your puppy to give him exercise and keep him mentally and physically fit.

The first two to three weeks are usually the hardest.  The puppy will begin to move around and open his eyes.  He will know his Mom and her smell.

At three to four weeks, the pup will begin to recognize you.  Any kind of negative happening like immediate changes can impact his personality.  So try to keep things calm during this time.  Mom is beginning to teach the litter how to be a dog, so they need to stay with her now.

During the four to eight week stage, he begins to interact with his siblings.  He will also learn how to play.  Weaning happens around this time and Mom will teach her mischievous brood a few manners.  They are not ready to be separated from Mom as she has a few more things to teach them.  This is also the time to start them on puppy food.

Once they get to eight weeks, some puppies hit a fearful time.  Things they used to be accustomed to now terrify them.  Do not yell or scream at the puppy or isolate him during this time.  This is the time to teach simple behaviors such as sit and stay.

At three months, the puppy will be more independent every day.  He will challenge you by not doing the simple commands he already knows.  He will wait to play wrestle and even if you win, the puppy will still think it is alright to fight with you which can lead to other bad behaviors down the road.

Four months brings the teenage stage.  He will go through hormonal changes and have an even lesser desire to do what you say.  He will also go through teething.  Always have something cold, if possible, for the pup to chew on.  This stage ends at six months which is the perfect time to spay or neuter.